Software provider’s transition to employee ownership in 2013 allowed it to protect its people, its customer base, and the values that had been built into the business over the years. 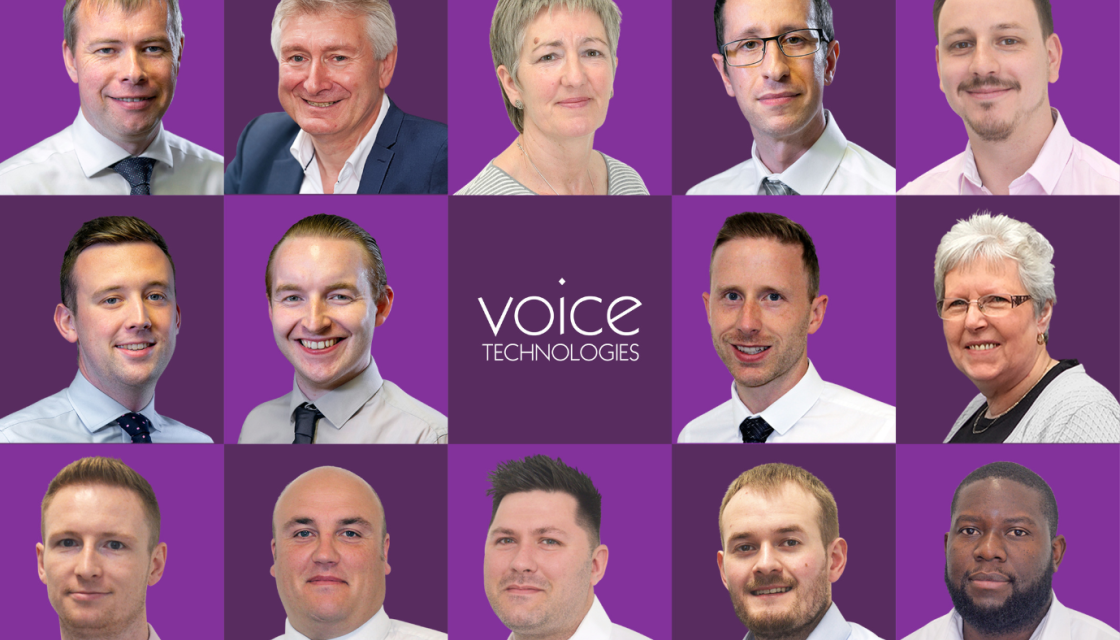 For Voice Technologies, employee ownership has been a “journey” it has worked at since transitioning in May 2013 – an “evolution” that has allowed it to “progress forward” as an employee-owned business.

Based in Paisley, near Glasgow, and Sheffield, South Yorkshire, the business was set up as an analogue dictation hardware reseller in 1996, but has transformed over the years into a software provider that helps organisations reduce the time and cost of producing correspondence by using information and mobile workflow, speech recognition and digital dictation applications.

Voice Technologies has generated more than 50 million documents digitally, with a lot of its work being done for the NHS. CEO James McPherson says “digitalising processes, removing paper and speeding up the time it takes allows clinical people to focus on clinical tasks and not on admin”.

The business also works with the legal and local government sectors, while the increase in hybrid working in the economy has also shifted the markets it works in and is bringing “exciting opportunities in terms of digitalising processes”.

Voice Technologies has seen growth since making the switch to employee ownership, having gone from 22 employees up to 30.

But why the move to employee ownership?

James, who has been with the company more than 20 years, was the Chief Technical Officer at the point the company started to transition and was involved in that process, before becoming CEO two years after it became employee owned.

He says employee ownership was seen as an “attractive model” when founder Heather Wylie started to consider succession options.

Heather had been involved with the speech industry for 10 years, rising to be Dictaphone’s top salesperson in 1995, before setting up the company.

Her vision was to make Voice Technologies distinctive in terms innovation and excellence in customer service, and the numerous awards it has received “are testament to the team’s commitment and sustained focus in these areas”.

“The employee ownership model provided a transition for Heather out of the business. It also protected all those that had put the effort in and the customer base, and also the values that had been built into the business over the years. The model allowed Heather to do this.”
- CEO James McPherson, Voice Technologies

Putting the ‘mechanisms’ in place to be EO

During the transition process, Voice Technologies went through around two years of dialogue, paperwork and the legal side, with Baxendale Employee Ownership helping it through the process.

An Employee Benefit Trust (EBT) was set up to hold the shareholding in the business, which initially was 75% of shares with 25% retained, but built in a mechanism from the start that once it had funded the 75%, it would have the option to take over 100% of the shareholding, which it has since done.

The company pays out a financial dividend each year which sees 50% equal distribution to its employee owners, 25% based on length of service to a maximum of five years, and 25% based on salary and position within the organisation.

“We’ve got a lot of mechanisms we’ve built up over the years to promote employee ownership and make sure it’s talked about a lot because I think it needs to be worked at.”
- CEO James McPherson, Voice Technologies

Bringing employee ownership to life in the business

Understanding and buy-in around employee ownership has grown over the years at Voice Technologies, which believes it’s important to share “the good, the bad and the ugly”.

James added: “We’ve got quite a structured process now around how we share finances, things that are work-in progress, and general business wellbeing so everybody has a good idea of where we are and where we’re going, and it’s a common language that we’ve used across the business, so everybody’s understanding of those facts and figures has grown.

“We have a quarterly EBT meeting where we discuss important things about strategy and in the last few years, the things that have been raised and discussed have been much more business-like and entrepreneurial and there’s new ideas.

“To start off we were talking a lot about car parks and minor problems, important things for employees, but there’s definitely a lot more strategic discussions going on now and that’s really an evolution of everybody and the whole organisation progressing forward on the employee ownership journey."

“I think that regular drumbeat is really important so that everybody has an understanding and then it’s at that point people start to change their own daily tasks and work routines, potentially not to benefit themselves but to benefit other departments, other people within Voice Technologies and customers.”
- CEO James McPherson, Voice Technologies