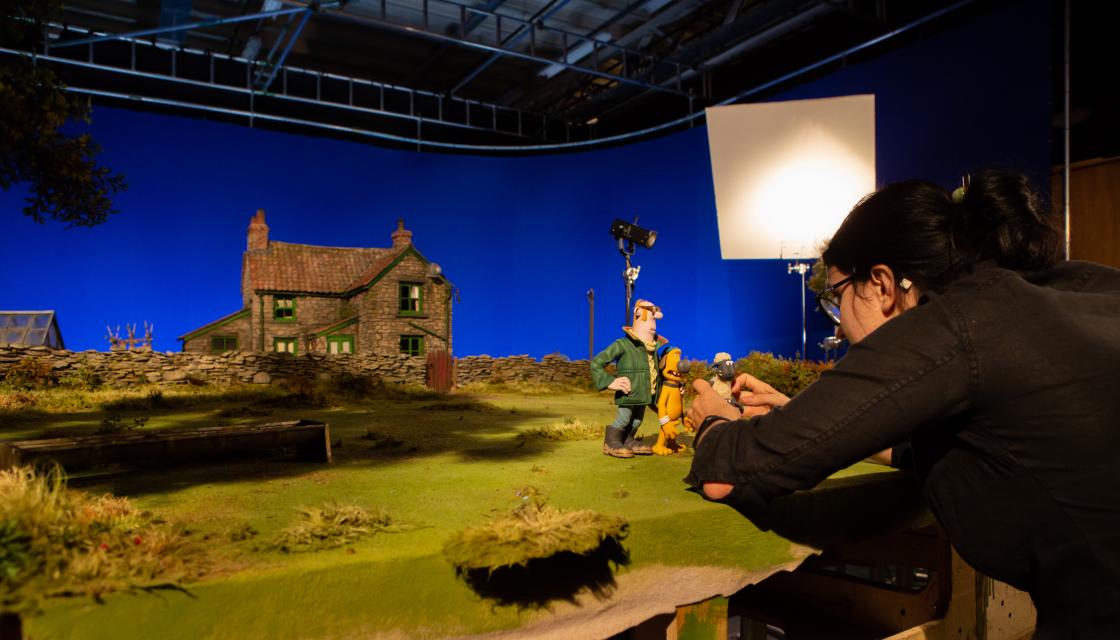 As the Oscar-winning animation studio responsible for world-renowned titles such as Wallace & Gromit, Shaun the Sheep, Chicken Run and more, Aardman’s transition to employee ownership caused ripples in the media industry when it was announced in 2018.

Peter Lord and David Sproxton co-founded the business in 1972 and after 40 years of producing award-winning content, decided it was finally time to prepare for their own future, as well as the business’s.

But the co-founders didn’t want to opt for a conventional trade sale as part of their exit strategy, as this could risk their IPs being shipped out to other countries in tax-advantaged territories which would ultimately cause the company in Bristol to be closed. An alternative solution was needed.

Sproxton discovered the concept of employee ownership through David Erdall’s book, Beyond the Corporation: Humanity Working, which advocates for the wider use of shared ownership, citing benefits such as high levels of productivity, rapid growth, greater innovation and happier employees. Sproxton says it got him thinking about how they would retain the skills, culture and quality of work they’d worked so hard to build at Aardman once he and Lord retired.

Although various succession options were considered, including an MBO, the co-founders agreed a move to employee ownership was in the best interests of the business and its staff.

In an industry which is so people-based and dependant on the skills and imagination of individuals, it’s imperative that you find some way of retaining those because that’s the bedrock on which your company is built.
- David Sproxton

The move to employee ownership wasn’t too difficult for Aardman according to Sproxton, especially as the company already had the right cultural alignment and a profit-sharing system already in place. That said, they gave themselves 12 months to prepare for the move, as the company’s extensive repertoire of subsidiaries, IPs and associated technicalities meant there was a lot of legal paperwork to get through.

The employee ownership trust (EOT) was the preferred model to go with, as the pair wanted to avoid any of the potential challenges that might arise as a result of internal share dealing or buying back shares from departing employee-owners. The EOT model was also the most appropriate option to support its freelancers, who are seen as an extension of the team. 75% of the business’s shares were placed into the EOT when the business became employee-owned in 2018.

To communicate the company’s EO values and ensure everyone was on board with the transition, Aardman founded the Partners Representative Group, with the company divided into 10 constituencies with nominated trustees representing around 30 employee-owners in each constituent. All of the employee-owners welcomed and embraced the announcement, seeing it as a huge positive boost for safeguarding both their jobs and the future of the business.

What changes did Aardman introduce once it became employee-owned?

An employee council was established to help employee-owners have an input into the running of Aardman, while the senior team joined a new board of directors to lead the business and decide on the bonuses that employee-owners are entitled to, with this board reporting to the board of trustees.

While Aardman Animations’ two main studios are only nine miles apart, the company contracts an extensive list of freelancers who have an equal voice and are treated as co-owners of the business, which means they’re also entitled to profit-sharing. Aardman used the transition as an opportunity to improve its communication network with the introduction of several new initiatives.

There’s more transparency around how financial figures and business updates are reported. All of Aardman’s employee-owners are invited to quarterly financial and creative updates, and during the pandemic, a special email system was set up so employee-owners could communicate directly with senior teams in the studio.

This allowed Aardman to navigate and communicate health and safety COVID protocols but more importantly, provide support to freelance co-owners during studio shutdowns and periods of furlough.

“Being employee-owned has amplified the need for effective communication between our two sites. We overhauled all of our meeting rooms to support video conferencing, updated our internal communications system and made our company intranet more user friendly,” says Sean Clarke, Aardman’s managing director.

As Aardman is one of the first to pioneer running a company in the entertainment industry using an employee ownership model, it’s difficult to find a frame of reference. That said, Aardman says it’s come a long way in learning how to get the most from the company’s new structure and defining how to effectively utilise the prospective roles of the trustees, executive board and partner rep group.

“I believe the business is in a much better place,” Clarke says. “Three years in and we can see from our internal surveys that partners in the studio are happier with respect to communication around the running of the business, its vision and long term strategy. This, in turn, translates into a more motivated and productive studio.”

Clarke also hopes that more businesses operating in the media industries will follow suit and consider the positive impact that employee ownership could have on them.

If you are in a creative company, employee ownership has to be a serious consideration in any planned future ownership of the business. True creative integrity and innovation are underpinned by the ability to be an independent thinker, establishing an open, honest and collaborative culture, and creating a motivated and inspired workforce – all of which are the cornerstones of being employee-owned.