Property management and urban regeneration consultancy opted to transition to employee ownership to secure the future of the business for its teams, which operate across the North of England. 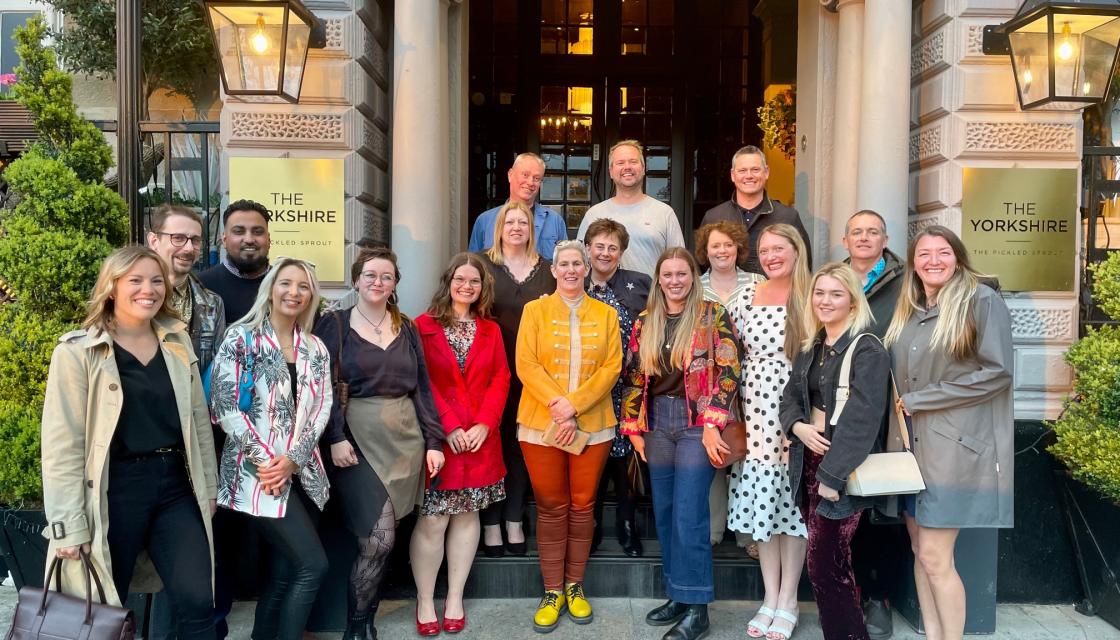 Creative Space Management has worked in partnership with the public and private sectors since 2006 to deliver ambitious new workspaces and economic regeneration in the North of England.

Shares in the property management and urban regeneration business had previously been owned by Chris Brown, Toby Hyam and Paul Taylor, but over a decade into their journey, discussions began at Board level around succession planning with the age of the shareholders in mind.

“I think we also thought that to take the business forward you needed a little bit of a change,” says Managing Director and joint founder Paul.

They explored various options, including a buy-out within the current shareholders or a trade sale, but the employee ownership seed was sown when a member of the Board spoke with an employee-owned architecture practice in London that was a similar size.

Further research followed as it balanced up what option was best for Creative Space Management.

“After looking at all the options, we firmly believed employee ownership was the very best model to secure the long-term stability, success, and growth of Creative Space Management for our employees and our customers.”
- Managing Director and joint founder Paul Taylor

A series of employee engagement events, including Q&As and the opportunity to raise any concerns anonymously, were staged in the months leading up to the transition being completed to explain the rationale for the move, what was in it for them, and a bit more about employee ownership.

With RSM advising them on the journey to transitioning, the business became employee owned in March 2020 – transferring 100% of shares to an EOT, which manages the shares and bonuses on behalf of employees – who now have an equal stake in the business.

“To make it meaningful it had to be 100% and we had to have a level of deferred consideration which wasn’t too onerous,” Paul says.

“We were lucky to have a bit of money in the bank and that paid for virtually all of it and then we had a small amount of deferred consideration to pay back in three or four years.”

The Trust is made up of Paul, a non-executive director for an outside perspective, and an employee who will be rotated every few years.

Creative Space Management “deliberately tried to keep some consistency” after transitioning to avoid the perception that the shareholders were “sailing off into the sunset”. They made a commitment to stay in the business for a minimum period of time, which proved “quite helpful in a time of flux”.

However, it did feel it was “important to make some changes” so that it “wasn’t just business as usual”, with one of the directors stepping down from their executive role, for example, so that members of the senior leadership team could step up to the Board.

A few weeks after transitioning, however, the first pandemic lockdown hit “and for a company that specialises in workspace management, it did feel like ‘what a terrible mistake we’ve made’,” admits Paul.

“We were a bit behind because of the pandemic, it was quite difficult to make it meaningful for that first year as keeping the wheels moving was the critical thing, but as we started to come out of that it gave us the chance to properly reinforce the message and there was definitely then a buy-in from colleagues. So, we feel it’s been a really positive move.”
- Managing Director and joint founder Paul Taylor

Headquartered in Leeds, but with most of its activity clustered around smaller sites in South Yorkshire and the North East, becoming employee owned has had the effect of bringing the business as a whole together and led to an increase in the sharing of information and reporting to employees.

“We keep them updated more on how the business is doing and how they influence the impact of that, so they understand where we make the money and what the challenges are,” Paul explains.

“We should have been doing that anyway, but this provided a bit of a situation where we felt we had to, which is always good because sometimes you actually need something to prompt you into doing something, so that has been really useful.

“We have a lot of employee engagement sessions now, which has been really positive, people understand where they sit within the organisation and how they can add value to it.

“Because we’ve got a lot of small peripheral isolates, these little sites in our organisation, almost operating somewhat autonomously in different geographical areas, it almost felt like five or six different companies doing their own thing, but becoming employee owned has brought people together."

“The great thing about employee ownership is that it does empower the employees and some of that might just be psychological empowerment, sometimes you just get a nice warm feeling for kind of working for yourself.”
- Managing Director and joint founder Paul Taylor